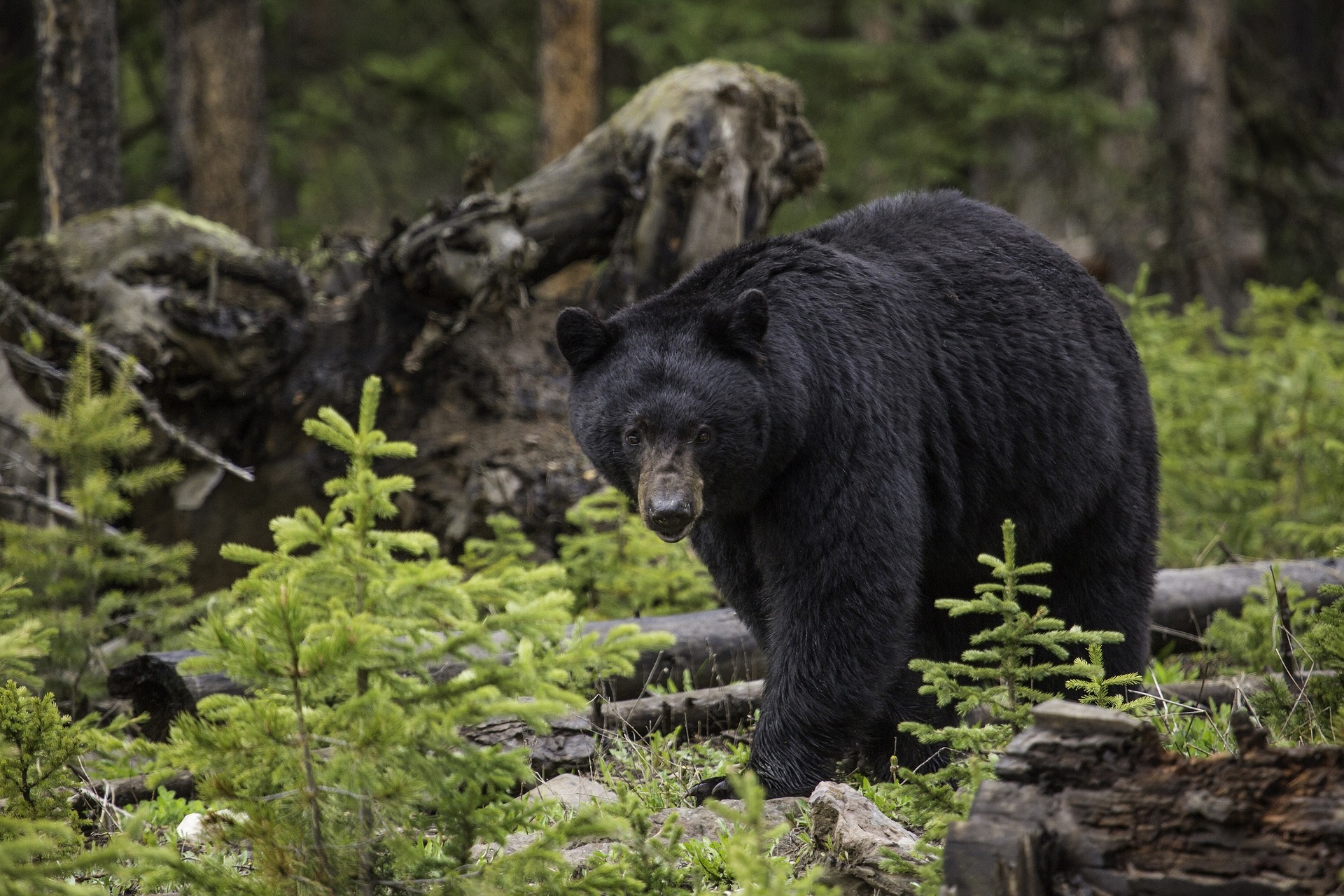 What to do if you see a Bear

What to do if you see a Bear

If you go hiking, you may one day encounter a bear. Therefore it is really important to know about how you should behave when this happens. BC is home to both black bears and grizzly bears. They tend to behave differently in a given situation, so first you need may want to know the differences between these bears. The protocol for bear encounters is different depending on the type you see.

Grizzly bears are also called Brown bears. Don’t be deceived by their name! Both of these bears can be anything from blonde to dark black in color. You can’t identify a bear based on its color alone. The easiest way to tell if a bear is a black bear or a grizzly bear is to look for the shoulder hump.  Grizzly bears have a very distinct hump on their shoulder area which black bears do not. Black bears are the most common type of bear near BC’s largest cities. Grizzly bears generally live in rural and remote areas of BC and thrive in undisturbed habitats.

What to do if you see a bear

These Behaving in this way might cause the black bear to chase after you. Bears are good climbers.

Let the bear know you’re there so it can see you’re no danger to it. However if the bear is 300 feet away and hasn’t noticed your presence, making a quiet exit is probably your best course of action.

Back away without making any sudden movements and hopefully you and the bear will go your separate ways.

What to do if a Black bear charges at you

If the bear is still with you even after you have followed the above, slowly put your arms up around you or move to higher ground to make yourself look bigger. Black bears are generally timid animals.

As a last resort, you may want to fight back with all your strength, aiming direct blows at the bear’s face while using any weapon or object available to you. If you have bear spray with you, this would be the time to use it.

What to do if a Grizzly bear charges at you

Grizzly bears have an aggressive nature, and if you behave the same way as you would when seeing a black bear, you could make the situation worse.

Lay ﬂat on your stomach with your hands clasped behind your neck. Spread your legs to make it harder for the bear to turn you over. It is likely that the bear will try to flip you over or play with your body. If this happens, instead of resisting, you should allow the bear to flip you, but roll all the way over so you end up face-down again. 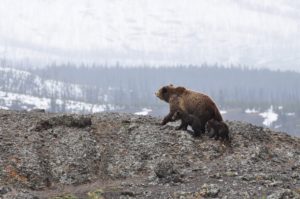 Make your Kelowna vacation wonderful by staying at one of our beautiful cottages! Call our reservations line on 1 888 226 5566 or email rentals@lacasacottageresort.com. 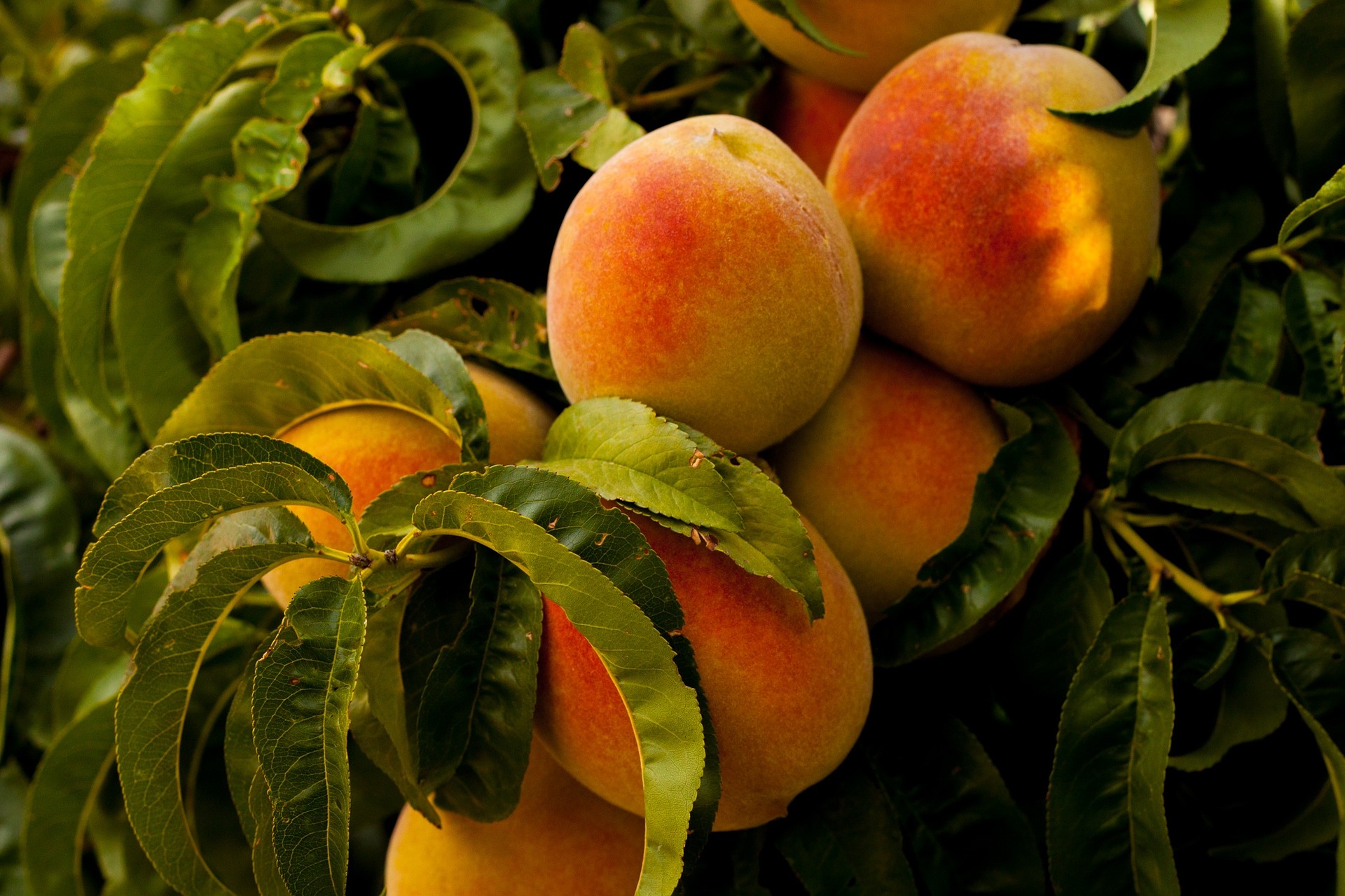 Penticton Peach Festival (Aug. 7-11, 2019) is an annual South Okanagan Valley tradition, which began in 1947, to celebrate the peach harvest in Penticton, British Columbia. Penticton sits between Okanagan Lake and Skaha Lake in the beautiful southern Okanagan Valley. The festival is volunteer run and one of the largest free family festivals in Canada.

The Penticton Peach Festival has 5 days of action packed entertainment for all ages. Whether you’re into music, sports, cooking, dancing or parades, you will find something to make you smile.

Want to join the festival? Click here for more details!

Ready to book your Okanagan Vacation? Check out our selection of La Casa Cottages in Kelowna, located around 1 hour away from Penticton!   Call  our reservations line on 1-888-226-5566 or email rentals@lacasacottageresort.com to find your perfect cottage. 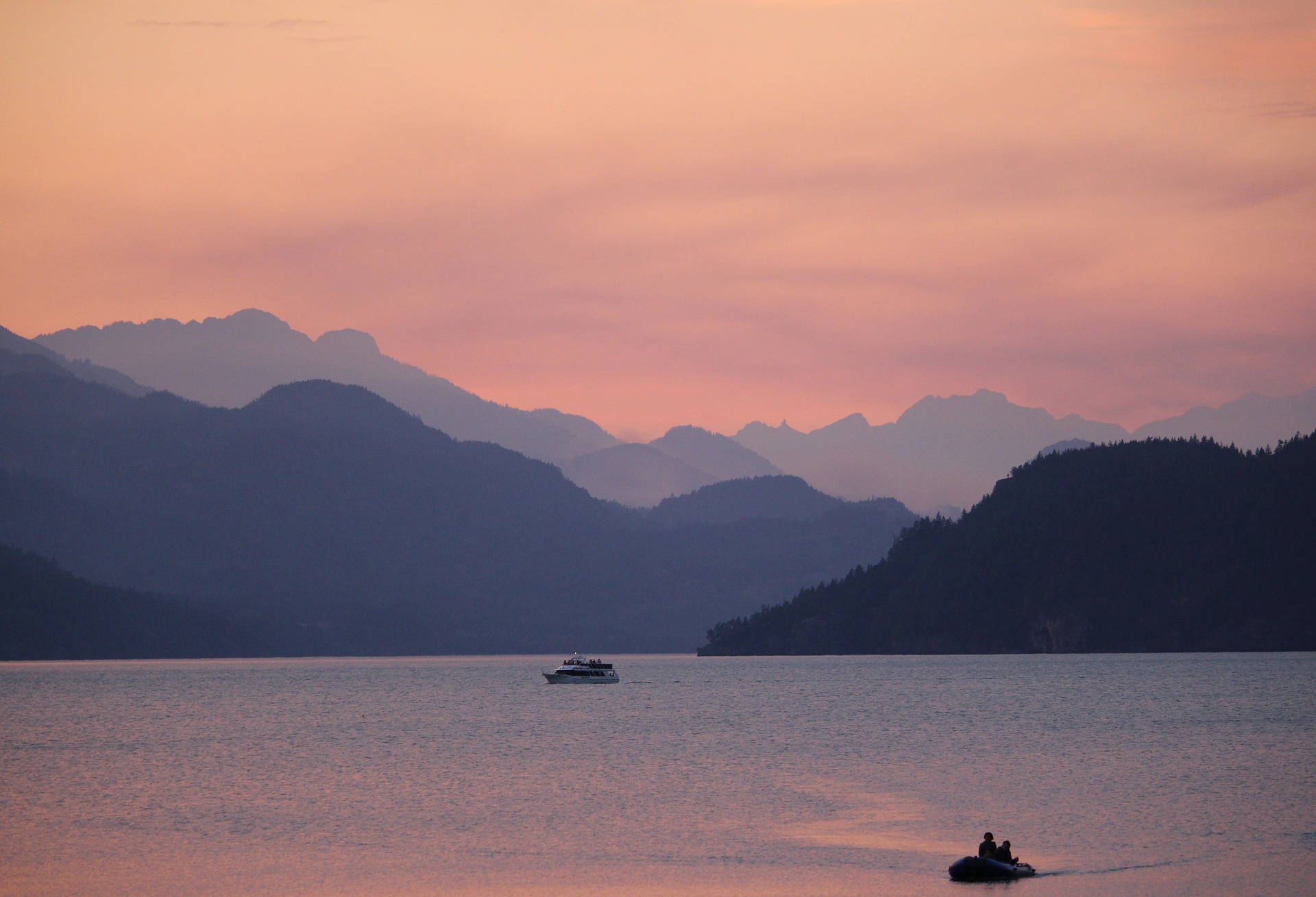 Are you driving from Vancouver?  Want to break up the drive or extend your vacation?  Here are a few great places to stop, either for an afternoon or an overnight stay!

Open from April till October, Bridal Veil Falls Provincial Park is a quick and easy stop just east of Chilliwack.  The park is named after Bridal Veil Falls, a beautiful waterfall that cascades 60m down the side of the rock face.  The area is surrounded by valleys and mountains, making it a stunning picnic and photo opportunity.  Enjoy the small hiking trail that takes you to a viewing platform at the base of the falls – only a half hour walk!

For a relaxing one night stop over, why not take a break in Harrison Hot Springs?  The village is home to two of BC’s hot springs: Potash (40 degrees C) and Sulpher (62 degrees C).  Water is pumped from these springs into an indoor public hot pool that any visitor can experience.  Harrison Hot Springs Resort and Spa also has their own indoor and outdoor pools which are also sourced from the hot springs. No matter which pool you choose, you’re guaranteed to leave Harrison totally rejuvenated!

Open throughout Summer and Winter, Coquihalla Summit Recreation Area is the perfect place to stop along the Coquihalla Highway!  There are a number of hiking trails accessible in the summer, whilst the recreation area is popular with backcountry skiers and snowboarders in the winter.    It’s also great for snowshoeing! If you’re just looking for some picturesque views and a quiet moment during your journey, then you’ll also find that here.

As you get closer to the Okanagan, you might stumble across Kentucky Alleyne Provincial Park in Merritt.   The park is home to two lakes, Kentucky Lake and Alleyne Lake, and these are surrounded by grasslands as well as dry forest areas.  The colours are striking between April and October when the landscapes are bright green and the waters are turquoise.  This is also a great area for fishing, wildlife viewing, hiking and even ice fishing!  An absolutely ideal place to spend an afternoon. 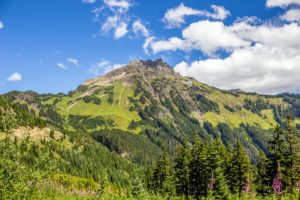 If you are planning a trip to Kelowna then why not stay with us here at La Casa! More details about all our cottages can be found here. 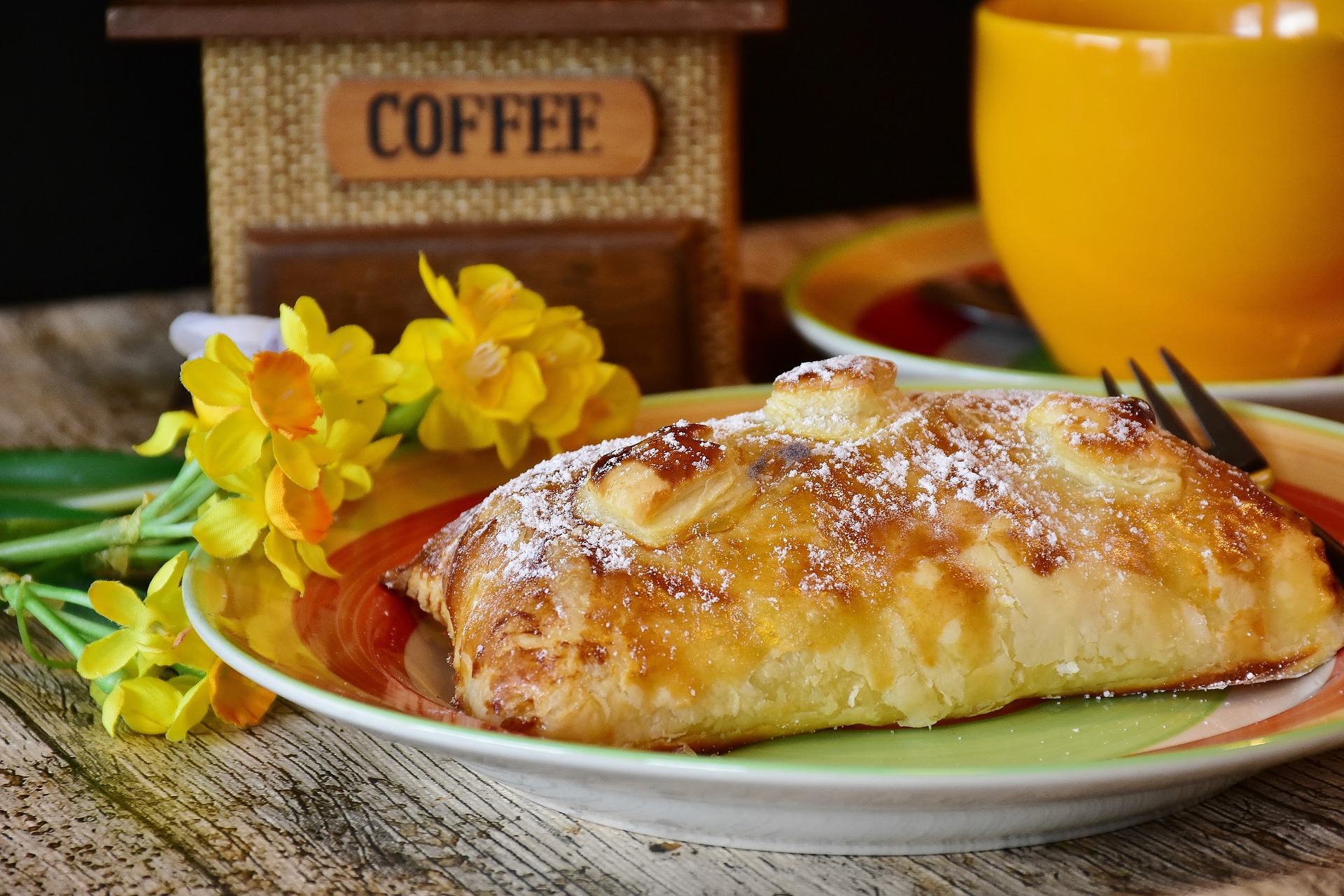 Calling all foodies! Here are some of our favourite spots on Vernon’s Tasting Trail.  Make a day of and visit as many as you can.

There you have it – 4 not-to-be-missed stops on the Vernon Tasting Trail! Of course, there are many more brilliant breweries, wineries and eateries throughout the region so take your time discovering all its flavours. 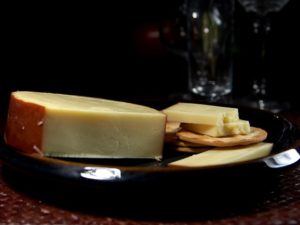 For information on Cottage Rentals at La Casa, please please contact our reservations line on

1-888-226-5566 or email rentals@lacasacottageresort.com where we will be more than happy to assist you!  Get ready for summer NOW. 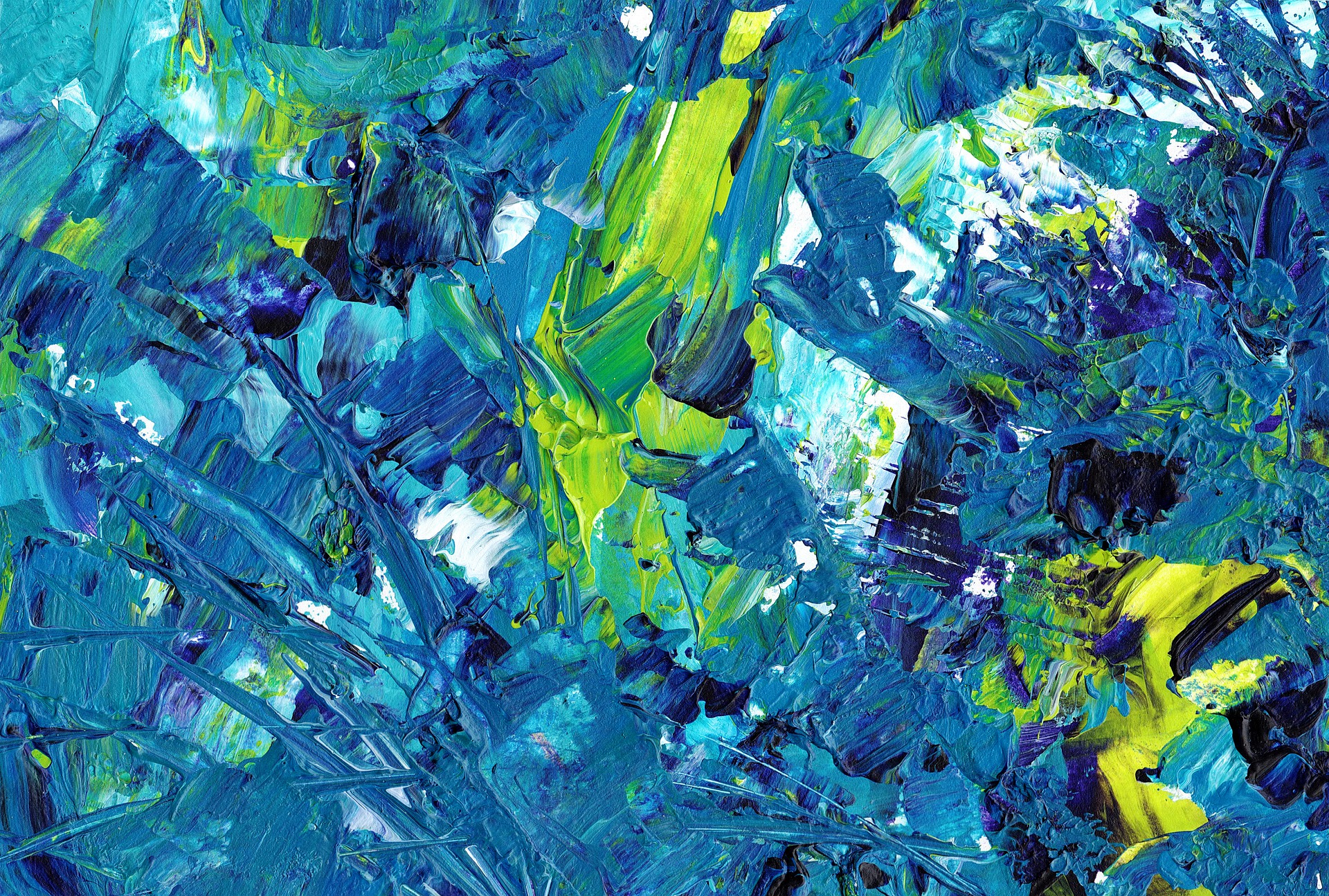 Did you know that Downtown Vernon has 28 art murals? And they’re all rather special because they depict Vernon’s history.  If you’re passing through Vernon to get to La Casa, or you’re simply taking a day trip – make sure you spend some time admiring these beautiful pieces of local art.  Highlights of the Mural Tour include:

Want to know more?  View the Mural Descriptions, and Mural Map, or even take the online Guided tour!  Which mural will be your favourite?

Get ready for next year’s summer season by reserving your La Casa Cottage today.  Call  our reservations line on 1-888-226-5566 or email rentals@lacasacottageresort.com to find your perfect cottage.